GRRR! A Tavelogue of Sorts by Chris Lanier

Costantini’s work is very two-dimensional and design-oriented; continuity between panels is secondary to the pattern of the page as a whole. More than the work of previous cartoonists, he draws his inspiration from Byzantine sources: there is an absence of perspective, a lack of empty space or “atmosphere” between images. He has taken in the influence of Ravenna, the town where he lives, witch is rich with early Christian mosaics. The text in his work, he explains, is mainly a decorative element: sounds that have the function of decoration. Zograf asks him if the Italian comics scene supports such esoteric work, bur Costantini rejects the term: “My work is not esoteric – or religious. It is simply aesthetic.” Of course, that’s something only an esoteric would say.

Most popular Decoration of Existence 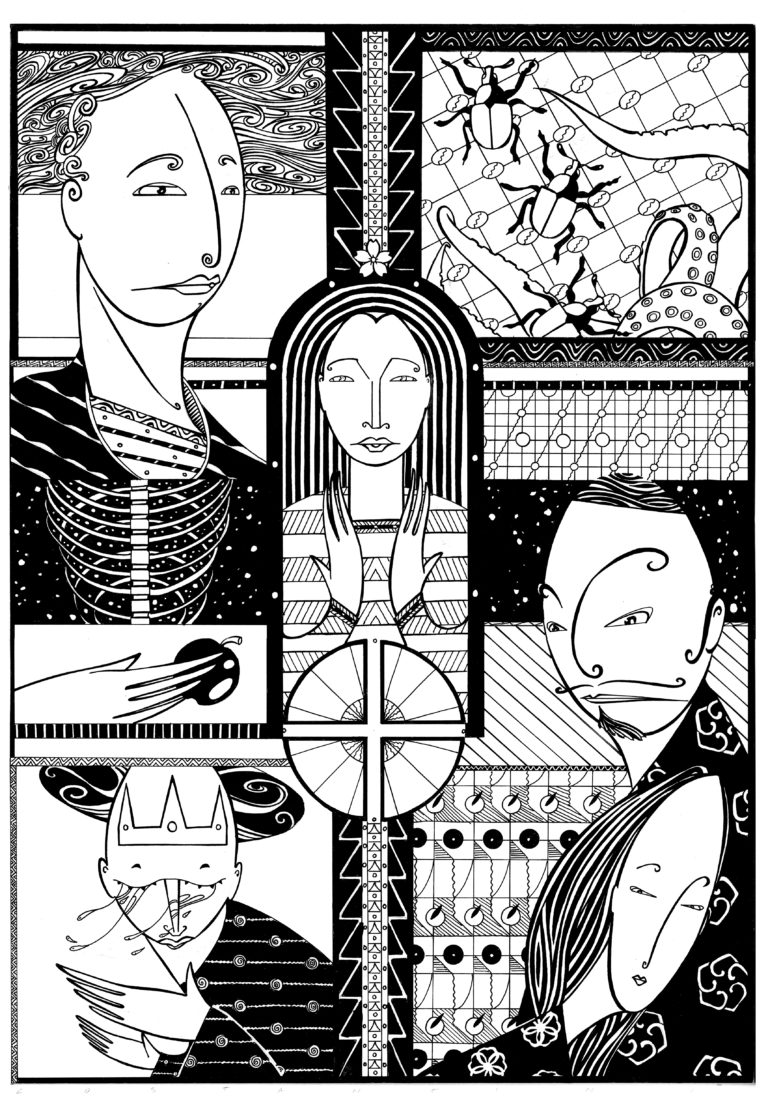 You waste the attention of your eyes, the glittering labour of your hands, and knead the dough enough for dozens of loaves of which you’ll taste not a morsel;

In my eyes, indisposed In disguises no one knows Black Hole Sun