Published Feb 23, 2017 in Words Without Borders
by Gianluca Costantini and Elettra Stamboulis

Comics are composed of lines. There are lines that frame each panel, that indicate movement or change, that delimit text boxes or speech balloons and the words inside them, all with their different functions and modes of articulation within the architecture of the page. The comic “An Endless Green Line,” created especially for Words without Borders, takes up the literal line of the border dividing Cyprus in two, and reshapes it into personal history.

Cyprus has been subject to multiple violent conflicts over the twentieth century, between British colonialism, Cypriot nationalism, and a tug-of-war between Turkey and Greece, both of which lay claim to the island inhabited by ethnic Turks and Greeks. The Turkish invasion in 1974 divided the country into North and South, Turkish and Greek, resulting in the displacement of hundreds of thousands of people. Hundreds of thousands forced to abandon their homes, and as the story shows, their home towns, not to mention jobs, friends, family, and traditions rooted in the soil: the displacement not just of people, but of identities. And not only were people forced to flee, they were not allowed to return, and only recently allowed to cross the border at all. So the capital, Nicosia, is both a divided city and a closed border—the UN-controlled buffer zone along the “green line” that is impenetrable and, seemingly, without end.

Yet the green line in this comic speaks against the rigidity and impermeability of the border, bending and shifting, containing but also opening. Here, the green line frames the images, and makes up the narrator’s face, shaping the contour of her words. In translation, it is these words I have brought across, following the direct, simple style of the testimonial narrative, which includes a chorus of voices, from the interviewee’s father, to statements from politicians, snippets from the radio, and quotations from public figures. Reading the English, there’s probably no way of knowing this is all translated from Italian.

Yet the green line in this comic speaks against the rigidity and impermeability of the border, bending and shifting, containing but also opening.

Of course, no culture is closed, and as it so happens, I’ve translated several works, comics especially, that are grounded in another culture, sometimes even translations of translations. This double mediation allows me to translate texts that, while in Italian, are grounded in another reality and often in another linguistic world I can explore and find ways to incorporate. This was the case when I translated “An Endless Green Line,” a comic written in Italian after an interview conducted in Greek. I wonder how the interview may have sounded. Even the name Nicosia, taken from the Italian toponym imposed by conquering twelfth-century crusaders, is quite different from its Greek counterpart, Λευκωσία, pronounced Lefkosia. Just think of the line “bad fortune has perfect sight” (“la sfortuna ci vede benissimo”), an ironic twist on the millennia-old representational tradition connecting Romans and Greeks of “blind fortune”—so comics-concise you just might miss it.

Gianluca Costantini and Elettra Stamboulis have collaborated on a number of projects of graphic journalism. This particular story focuses on a conflict that has been going on so long it’s far from today’s headlines, especially outside of Europe, though the story of the displaced Stavroula stands alongside those other thousands of Cypriots, living in division and diaspora. It redraws the lines mapping the refugee crisis in Europe that reaches further back, and in more directions, than many might realize. 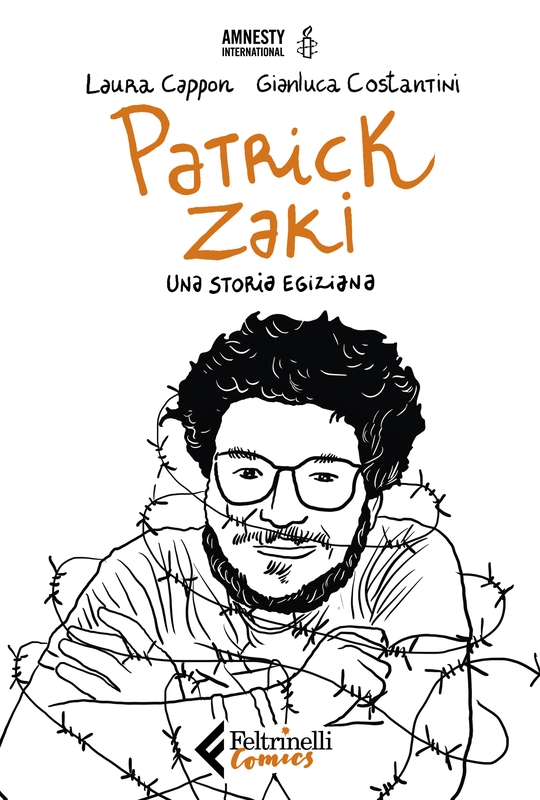 When FIFA awarded the role of host country to Qatar on 2 December 2010, there were no stadiums, sports facilities, hotels or shops in the tiny emirate.